My mistake on the Mystery Quilt

on February 04, 2011
Though I haven't stitched the last block, I started piecing all the blocks together into rows. I even stitched the two middle rows with the sashing band in between.

I was so happy that I laid out all the bands on the floor so I can have an idea of what the quilt is going to be like!!!
That's when I realized that in row three I inadvertently switched the two cottage blocks! The Christmas cottage block should be in the middle and the other one on the right.
So I have two big cottages in the middle of the quilt, one under the other and there a third one in row four!!

The last block of the MQ of Born To Quilt is going to be this one : 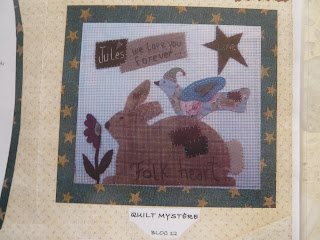 I haven't stitched it yet!

It should go on the last row, on the right. 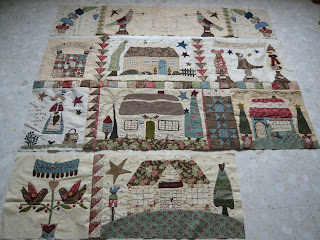 Because of my mistake, I am wondering if I shouldn't put the last block on the left and appliqué the mirror image of the rabbit and bird. 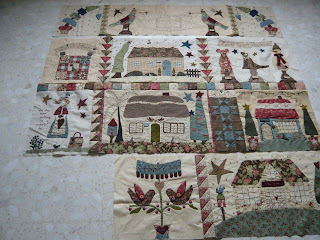 Right now, I just don't know what to do! I will piece the two last sashing bands (between row 1 and 2 and between row 3 and 4) before deciding.

Woud you like to help me reach a final decision ? Let me know where you would put the last block. Thank you very much in advance ;-)


I wish you all a wonderful weekend,
Until later, 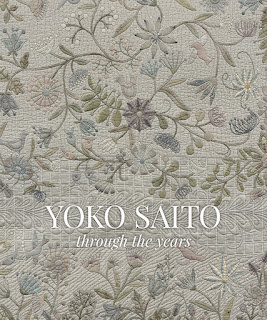